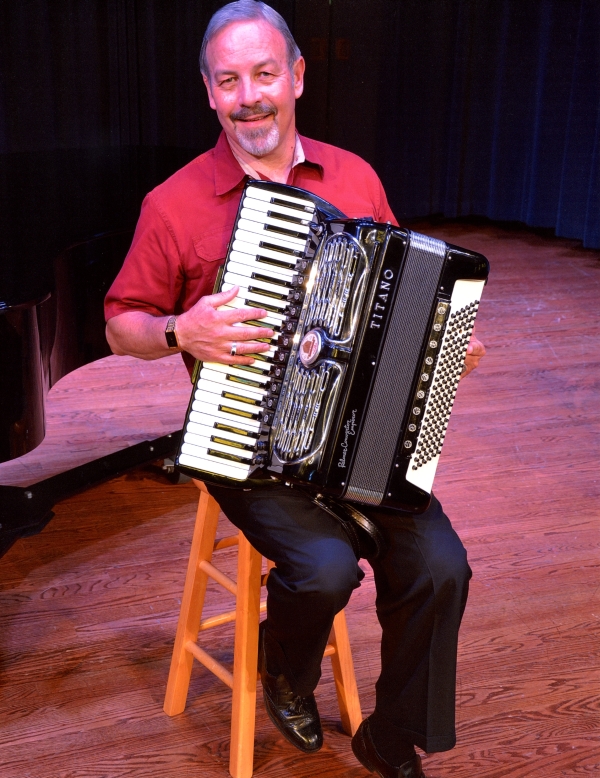 It was the “Accordion Center,” and a very popular place for young people to meet and to study the accordion.  The accordion band was very popular for many years, and Bernadine Seay had one of the most well-noted bands in the country.  She inspired Ricky by offering him the opportunity to play in the band, a band of sixty-plus students. He studied with her until he entered college at Southern Missionary College, Collegedale, Tennessee, now Southern Adventist University.  It is there that he met Bill Hughes, co-author of the Palmer-Hughes Accordion method used worldwide.

The accordion you now see in the picture belonged to Bill Hughes just prior to his death in May of 1978. He wanted Ricky to have this accordion for a price.